Today we began our morning with breakfast at the hotel at 7:30.  Cereal was the preferred entrée among our youth.  Our plan was to head to the local vendors down the street from the hotel for some last minute gift shopping. 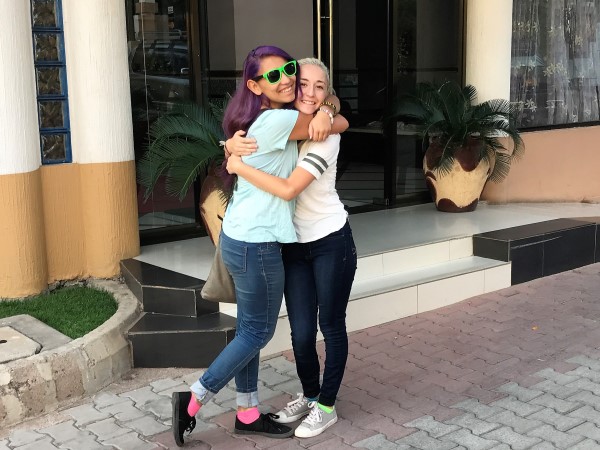 It was amazing how all of the shop keepers had remembered all of their names and enjoyed hearing their new Sukuma nicknames. 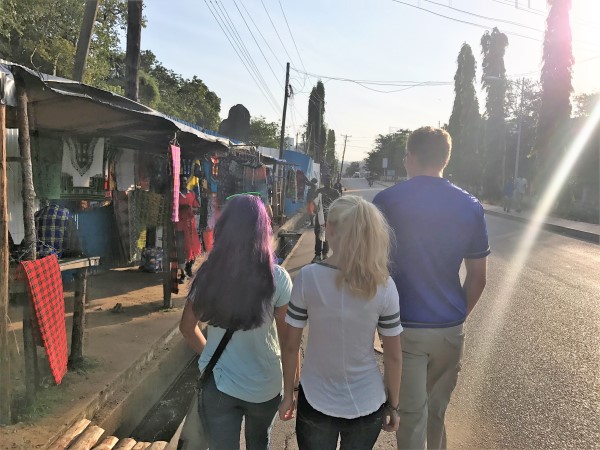 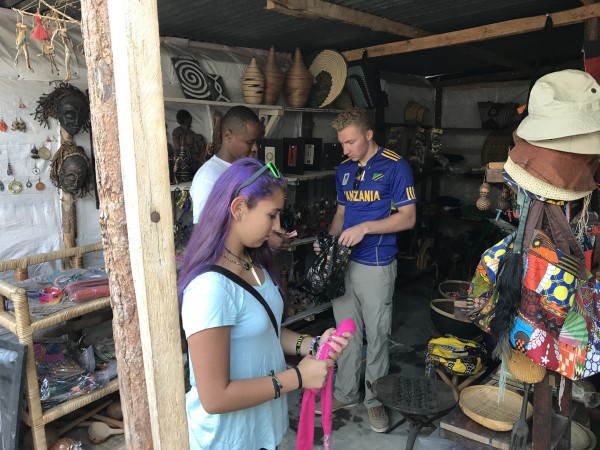 We then headed back to the hotel to check out and take a taxi to the airport. 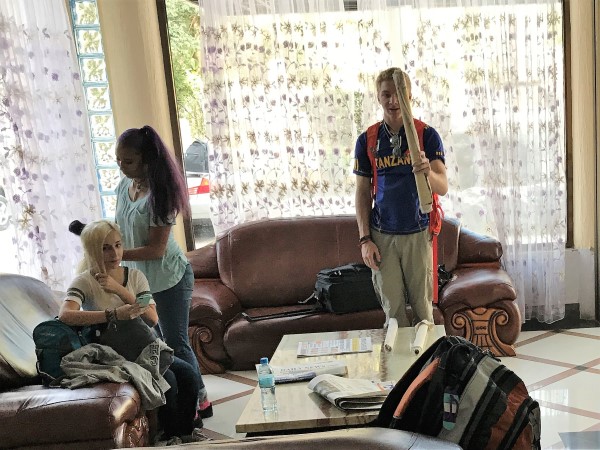 We were able to get to the airport with no issues and Matthew did not get stopped by security this time.  We were taking a 11:10 flight which would put us in Dar Es Salaam at 1:00.  With the ease at which we got through, we found ourselves hanging out in the waiting area for what we thought would be 2 hours. 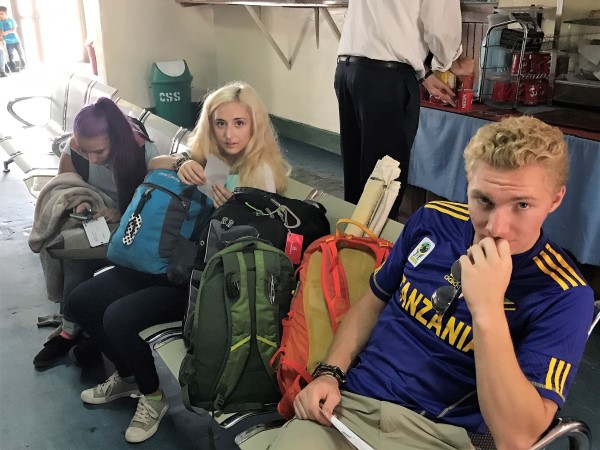 Tanzanian airlines seem to feel free to change departure times at will.  We were told we would be departing at 11:30 and then at 10:30 they had us board and we left a little before our original scheduled departure time. 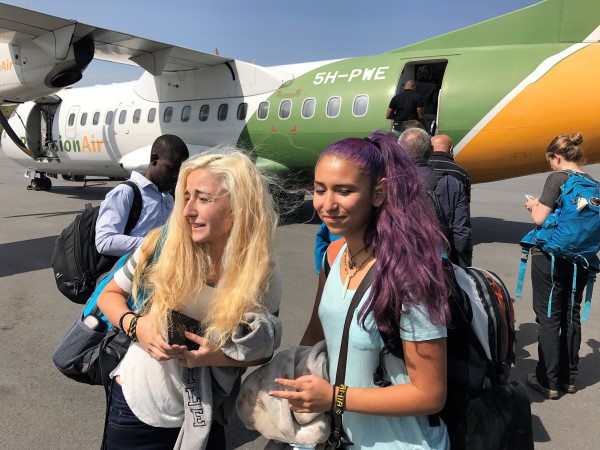 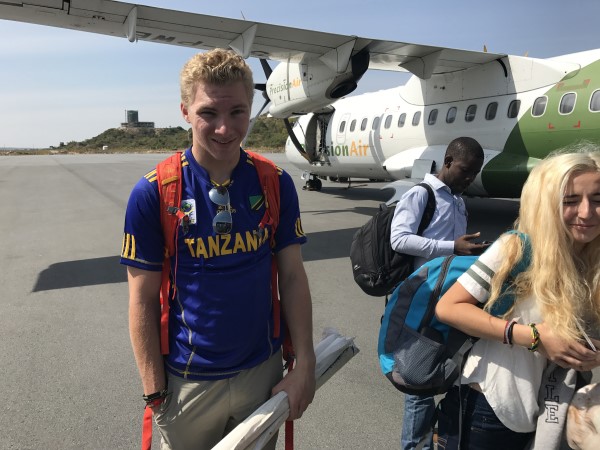 We arrived at Dar Es Salaam and Father Matthew you negotiated a room at the FQ hotel since our flight was not until 11:00 p.m. 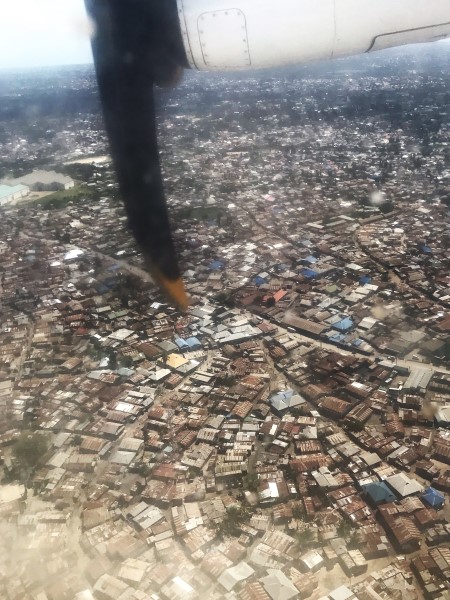 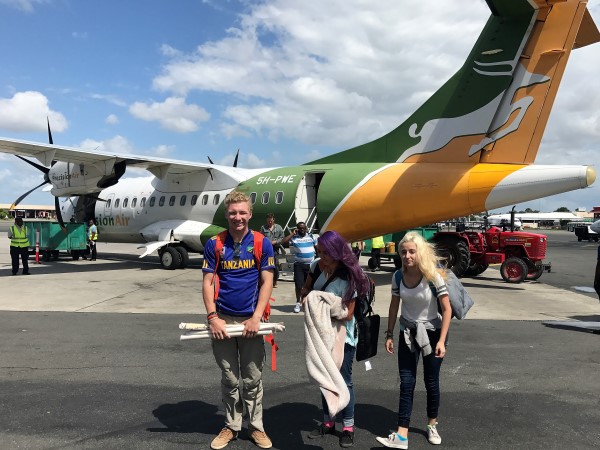 We checked in and I requested a driver that I could hire for 6 hours.  Soon Yoseph arrived and we were off.  Our plan was to have lunch by the ocean and then try and go see  the cathedral.  I negotiated a rate of about $35 and we were off.  The FQ hotel is only about a half mile from the hotel but the road as you can see to the main street is rough. 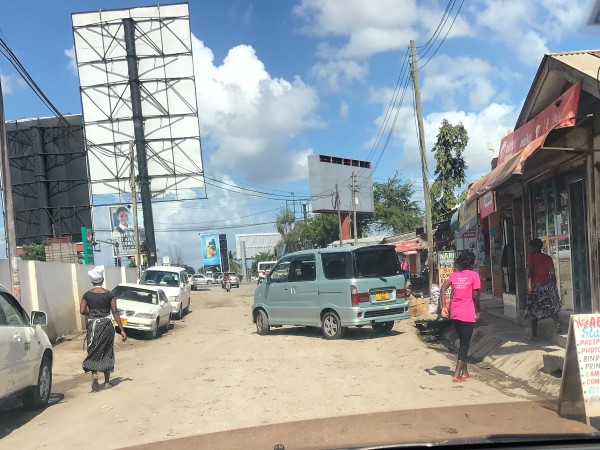 As we started to head toward the beach, I saw something I had not seen before, someone carrying and aquarium for sale at the stop light. 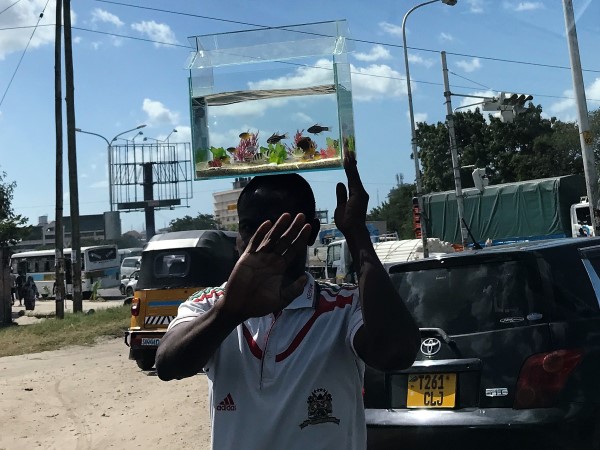 We worked our way towards the beach and Yoseph made sure we got to see some sites along the way.  Immediately we noticed that Dar is rapidly becoming a modern city.  I shot a picture of the skyline.  Yoseph shared many of the hotels and Dar with all the dignitaries has many upscale hotels and restaurants.  And their prices exceed even some of those that we pay here. 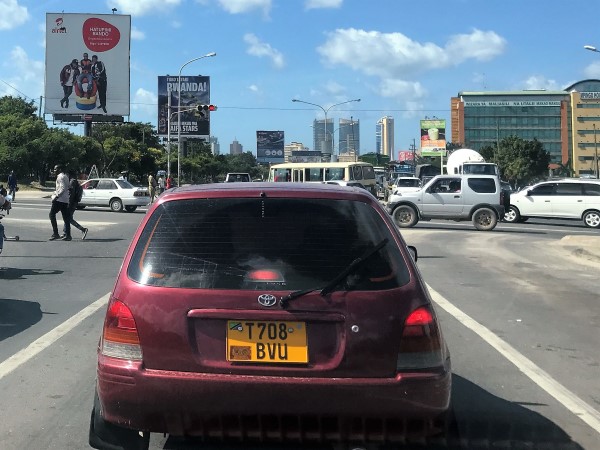 We then got close to the beach and Yoseph pointed out that we could take a ferry to Zanzibar and that the ride was about 90 minutes.  It would have been an amazing experience to take advantage of with more time, but we continued to the restaurant that Yoseph felt would be appropriate for us. 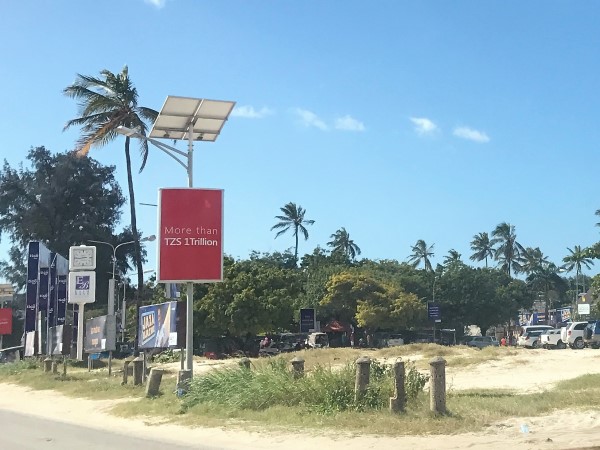 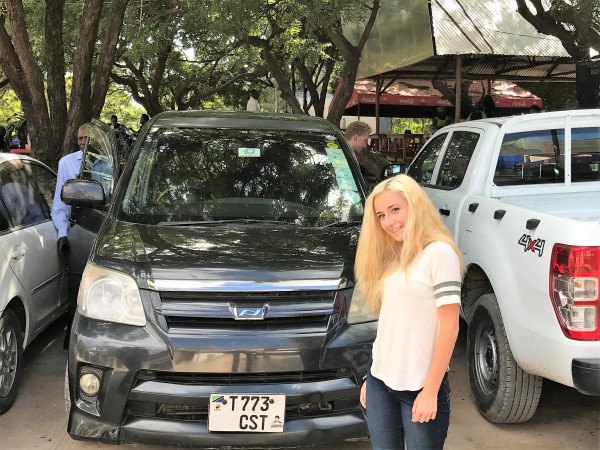 We sat down at the restaurant and it was a great view.  We took some pictures and ate some food. 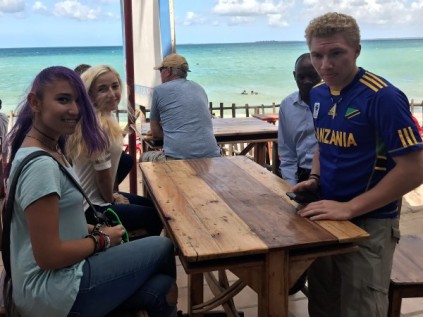 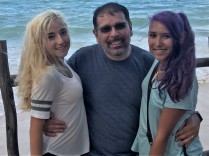 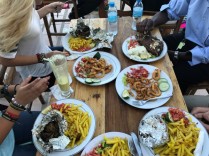 Next Yoseph took us to the slipway (boardwalk.  There were some nice shops there but we saw some Maasai and I asked Yoseph if he thought we could get a picture with them.  He shared he new a hotel where many Maasai hung out so we headed over and they were more than happy to oblige us. 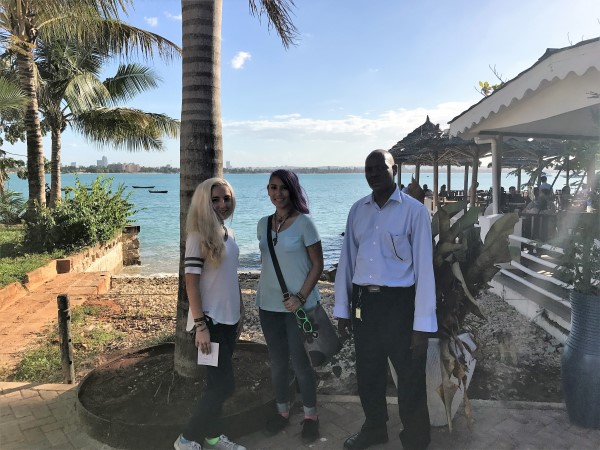 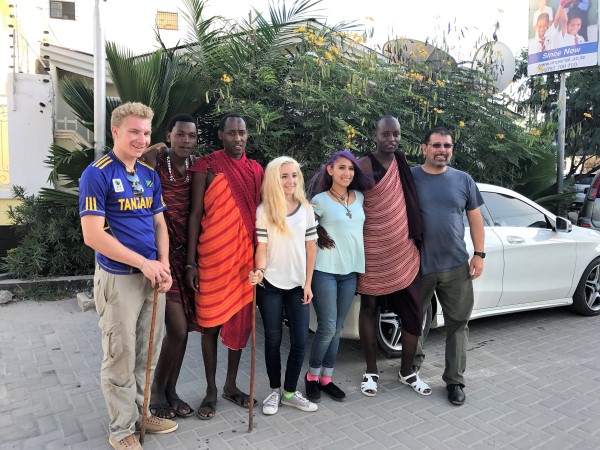 Yoseph then asked If we would like to see one of their modern supermarkets (mall).  We thought is was a great idea and off we went.  It was nice to be able to browse in air conditioning. 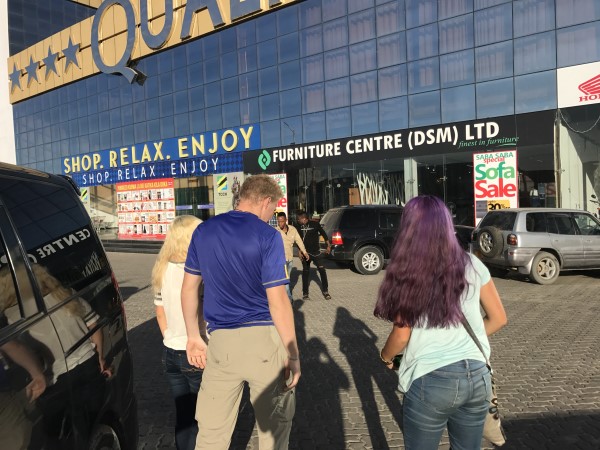 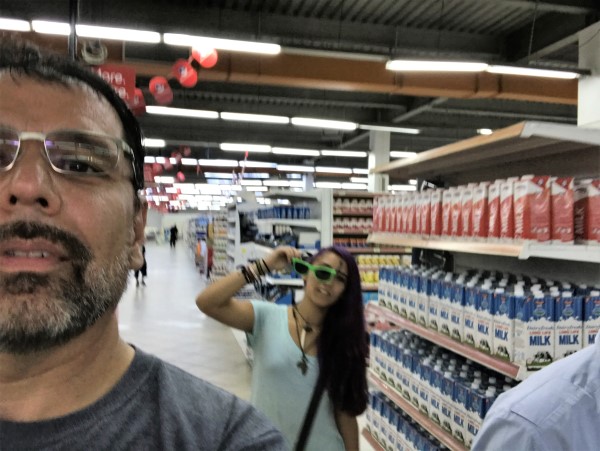 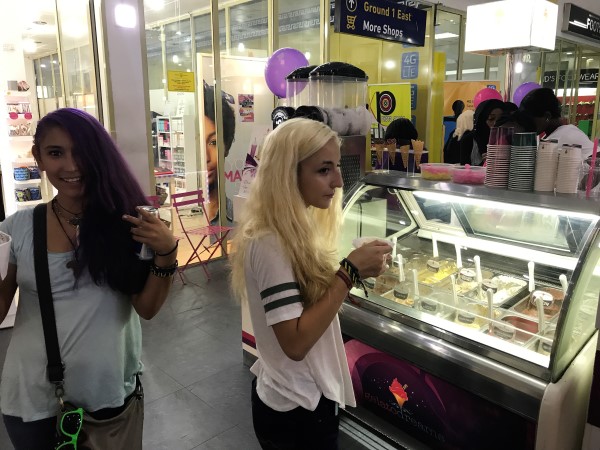 By now it was getting close to 6:00 so I asked Yoseph to take us back to the hotel to gather our luggage and drop us off at the airport.  I wanted to get there plenty early as we had purchased a couple of letter openers that had Maasai carve into the ebony of the handle.  I was not sure how that would be handled..  When we arrived there was a Maasai working the gate and he informed us that we would not be able to enter until 8:00 and he took us upstairs to an air conditioned restaurant. 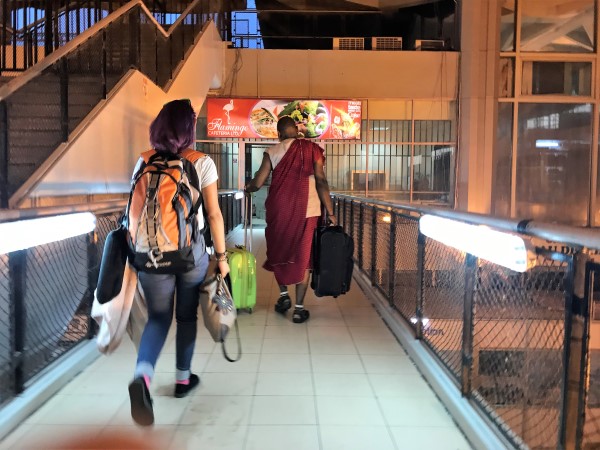 We cleared the first security checkpoint with no issue and since the letter openers were in checked baggage we had not issue.  I know we would all sleep well on the way to Amsterdam.  Our time here had concluded and I am sure it is an experience that our pilgrims will always remember and I know they will  have forever left a mark at each site we visited.