Our morning started at 7:30.  We got to sleep in.  Actually, I did not wake up until 7:10.  We met for breakfast in the hotel restaurant.  Matthew and Tatyna were delighted that they had Cocoa pebbles.  Since we were not being picked up until 10:00, we had decided to try and do some early shopping with some airport.  During our first trip I had met Edward and he was still there.  And as soon as they knew we were shopping, they were like bees to honey.  We purchased a few items and then headed back to the hotel. 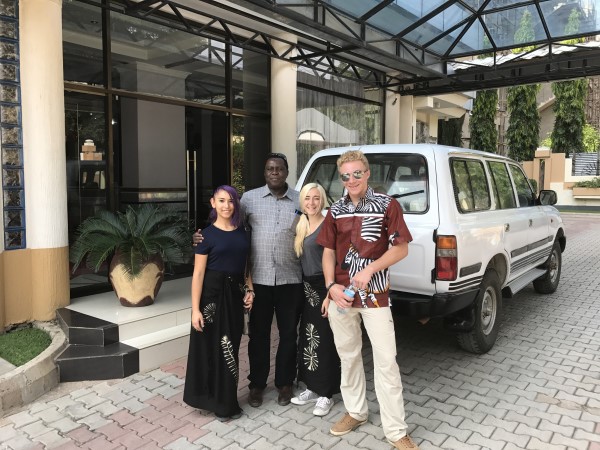 Father Matthew arrived and we had to hurry and go pack as we were not coming back tonight.  Because of the time it takes to cross on the ferry, since we were working in Isole toorrow, Fr Matthew determined it to be best for us to stay in Sangerema.  With the President’s visit completed we should have no problem finding a room.

We left for the funeral, which was being held on the farm of the Bishops mother.  There were so many people, it was remarkable.  Also, there were a total of six bishops in attendance and over 100 priests and as for sisters there must have been 150.

During the ceremony it is really a celebration.  It is not an atmosphere of sorrow.  At the conclusion of the mass, 3 hours later, there is a procession to view the body and pay last respects.  It is led by the bishops, followed by the priests.  It is an amazing display of community.  I was told that when it comes to a mother of another priest, since they are all brothers, this is a mother to them all and they must be there.

After the procession for last respects there were many who came to the microphone to express condolences to the bishop on his loss.  There were also many who took an opportunity to provide announcements.  Some quite long.  At that point Father Matthew went and told Bishop Flavian that we were going to go and we were called up to be introduced to all 6 Bishops in attendance.

When we finished eating, we went to get in the vehicle and found that we were boxed in.  Fr. Matthew went to find those who had boxed him in so we could get out.  During that time the burial had finished and Bishop Flavian brought us together for some photos.  He is such a caring and welcoming bishop. 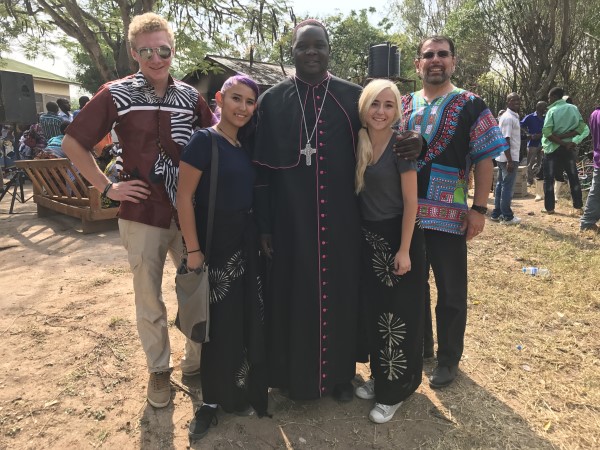 We then left for Nyampande around 3:00.  We would have to take the ferry so we anticipated arriving at 5:00.  That would give us enough daylight to build the stove for a catechist that Deacon Denny and I met on our first trip.

She has to be the most joyful woman in Tanzania.  During our first trip, Dcn Denny and I were touring the campus and had travelled to a hill top and location for the expanding the school.  On our way back a woman started yelling to Fr Makonge.  She wanted to know when he was going to bring the visitors to her house.  The Deacon and I took the opportunity.  And that hospitality had such and impact on me, I knew this was the first place to build a stove in Nyampande.

We arrived at 5:45 and I shared with Fr. Makonge that we should start right away because Bishop Flavian was planning to stop and see the stove on his return journey from Mwanza to Geita.  We headed to the home and were greeted with immense joy.  Tiana, Tatyna and Matthew were very excited to get started.  They had not had the opportunity to participate until now.

They sent children and the family to go get brick and the load of bricks this lady brought on her head is unbelievable.  she must have carried 10 or 12.

The bricks were not a consistent size and very different from what I used at Fr. George’s so we had to make a design and then build it.  Matthew and Tiana were very enthusiastic and Tatyna couldn’t seem to get in as there was not enough room with Tiana and Matthew and me.  Because of the differences in material, our work took longer than expected.  Fr. Makonge had invited three masons to come and observe so they could learn.  I know that Tiana, Tatyna and Matthew were very fulfilled in this activity. 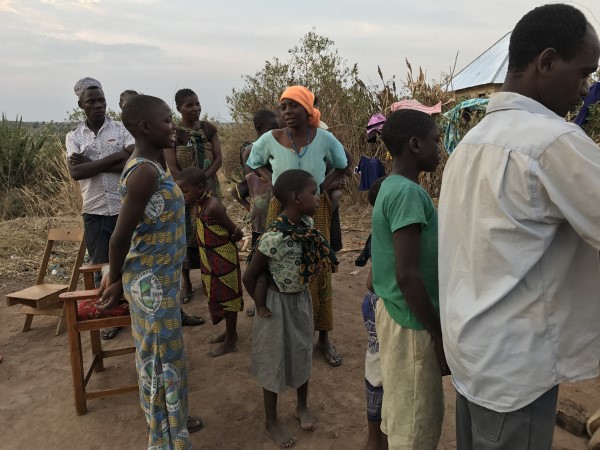 We ended up working well into the dark and although Bishop Flavian stopped to come see us, Father Makonge had not informed anyone of our location so the Bishop missed out on getting to lay a few bricks.  We finished at 9:00 and then tried to get a photo with the couple.  We will stop tomorrow on our return to Mwanza to get another photo.

We then went back to Fr. Makonge’s and had dinner again of the most amazing barbeque.  We finished at 10:00 and then drove to Sangerema to spend the night.  We arrived at about 11:15.  Tomorrow we will see Father Johns family and Father Bulala’s where we will build two stoves.  The children will sleep well.