Today we began early, at 6:30.  Fr. Makonge, who was taking us, started even earlier, holding mass at 5:30.  Our journey would take us about 3 hours to Mwahoba to see Brother Simeo Sahani take his final vows.

Traffic was a challenge with the President coming to town.  There was only one ferry running.  Fr. Makonge had reached out to a friend so that they would call when it was time for us to arrive.  We had a cup of coffee and headed to the ferry. 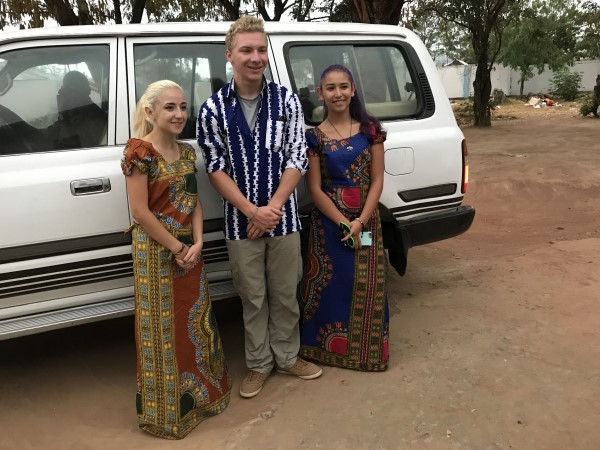 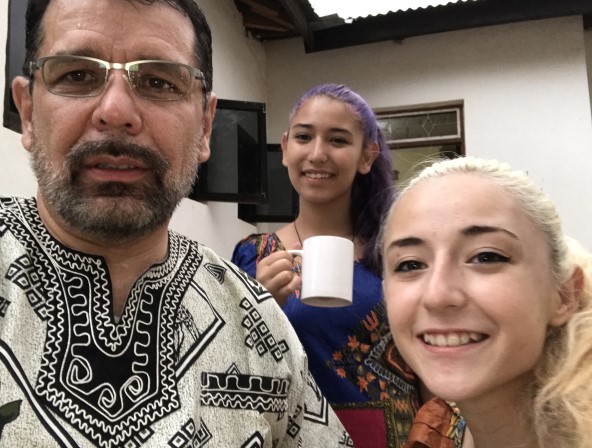 The line was many km long with trucks, however we went around and was the 3rd vehicle loaded on to the ferry.  And today, there was even some slight rain.  Mabula had arrived.

We were supposed to arrive for the mass at 10:00, however due to the need to have a shock adjusted and visiting with the local police, we arrived almost 40 minutes late.

Just in time for the Archbishops homily.  The ceremony was amazing and I wish I understood Swahili, as the Archbishop spoke for another hour.

Then the ceremony for the Brothers began.  There was another, Brother Jacobo Mabula was also making his final vows.  The musice, the reverence and the joy of the people was remarkable.  The house is located almost 8 miles from town and you can not believe the number of people walking and riding bikes in for this celebration. 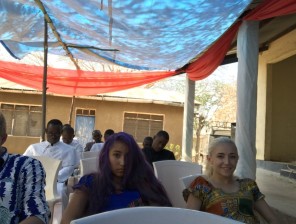 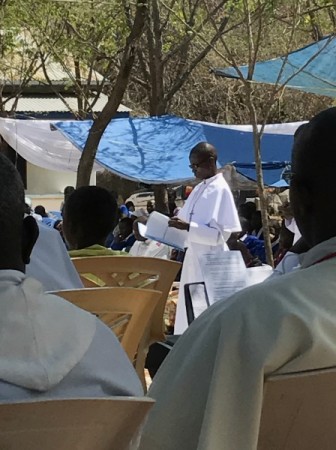 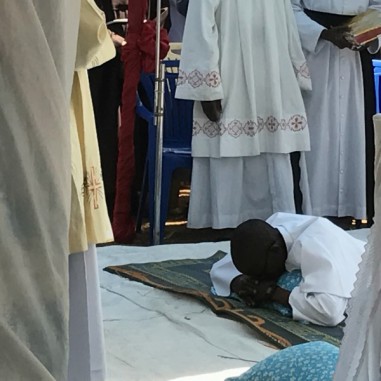 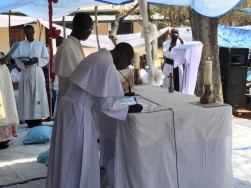 Mass concluded at about 1:00 p.m. and Fr. Makonge got us to the front of the line to eat before the procession concluded, about another hour later.  Tiana, while getting some food, accidently bumped a Sisters drink and the Sister automatically gave her a hard swat.  Don’t mess with the Sisters. 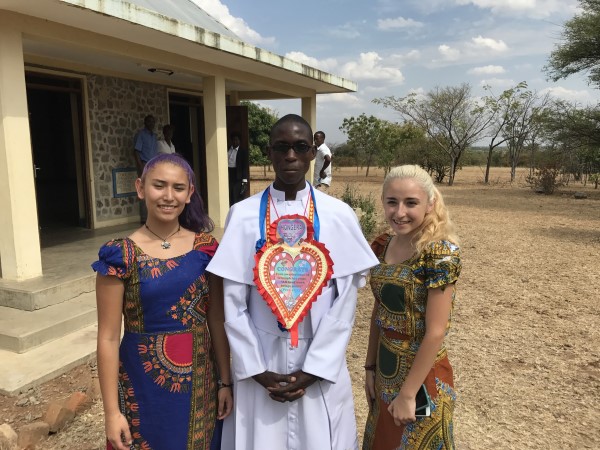 We then met up with Brother who was overjoyed with our presence and presented his gifts and took some pictures.  At about 2:30, we started the journeyed back and arrived at our hotel at about 5:00.  We did have to have another visit of which Father Makonge was given a speeding ticket.  They have speed traps.  If you miss a sign you go from 80 km to 50 in a short period of time.

We are staying at the Victoria Palace and it is a very Western Hotel.  ALLL were delighted.  We met in the restaurant for an early dinner of which pizza was available so the was the main choice although I enjoyed a steak.  We all retired early as we have a funeral tomorrow.  We are going to try and do a little shopping before we go.