Our morning started later than we desired. After a full day yesterday of getting all the supplies we thought we needed, we learned after arriving at Isole at 9:00 last night, that we needed a few items. The shops do not open until 8:00 so we did not get to leave from Sangerema until 9:15, after acquiring the last few items we needed.

Now our experience in Tanzania is that we. Must have at least one breakdown. True to form about 10km from Isole, after taking a good jolt from an infamous pothole, the vehicle died. Thankfully it was only the positive battery cable came off. After about five minutes under Salty’s supervision we had the cable back on.

We arrived at 10:25. Now we couldn’t start working on an empty stomach and were told it was time to eat first.

After breakfast, we loaded up and headed to the drill site. After a brief stop to see one of the stoves that was built in July. 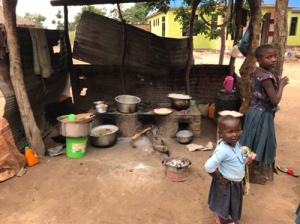 Before we could drill we needed to prepare the sit which involved digging two pits and filling them with water. 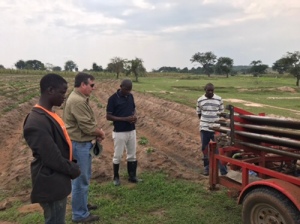 At 1:40 we are FINALLY ready to start

At 2:00 we had drilled 2 meters and at 21;5 4 meters. We are surrounded by local observers so we took an opportunity to share some gifts with children from the nearby village.

BAfter about thirty minutes, a huge down pour of rain came. DONT BLAME IT ON THE RAIN. We got our rain suits out, put a tarp over the drilling rig and continued. We thought we might need some more water in the second pit, but enough rain came to fill it up. 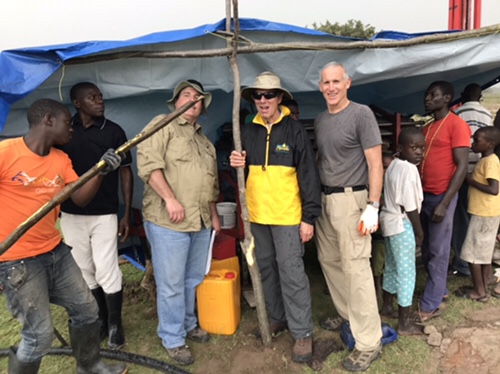 After about 45 minutes, the rain stopped and we continued to drill for 45 minutes more with virtually no progress. We then pulled the drilling pipe, and consistent with Tanzania, we had broken the first bit.

We then changed the bit and started the slow process of drilling through the problem spot. 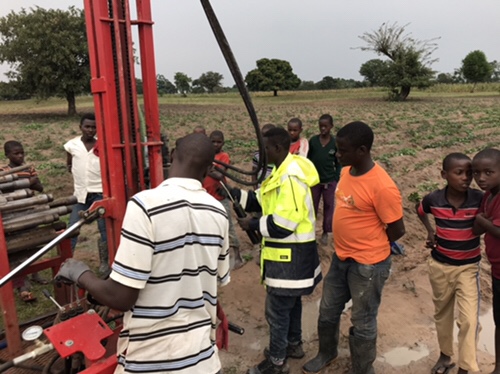 We also continued to have spectators from the surrounding area. 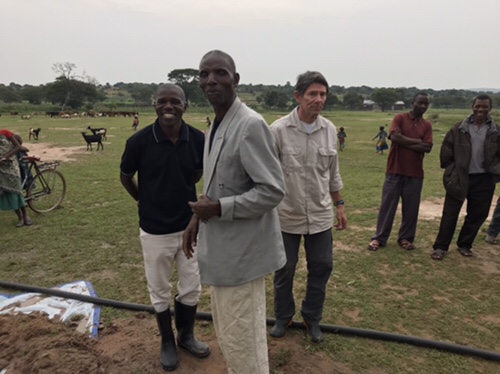 At 6:00 we decided to finish drilling for the day and secured our equipment while the goats came to strip the bark from branches used to hold the tarp up.

It was not the day we were looking for but we did get 7 meters. Only 63 more meters to go. It was a long day and even a more exhausting drive home.