After a journey that lasted 41 hours vs 26, being committed to our mission, we began with mass at 6:00 AM. Jacob, was around and ready to go before 4:00 am. I was worried I would have to wake him up. 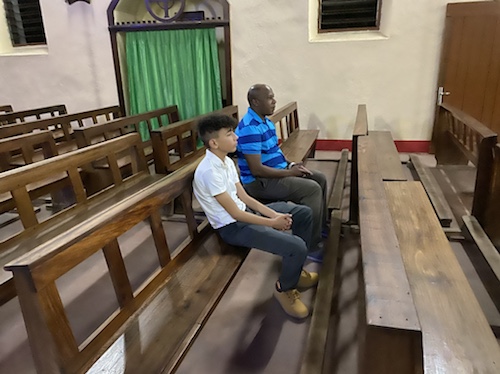 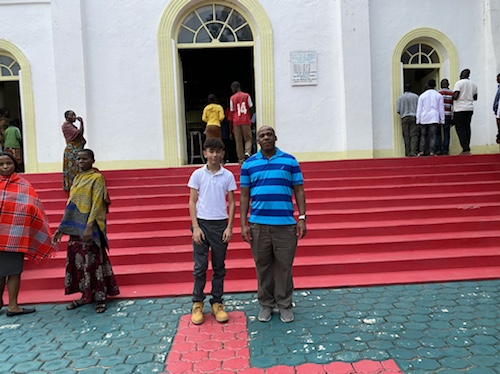 We then went for breakfast and headed out to catch the ferry. The plan today was to see St John the Apostle. 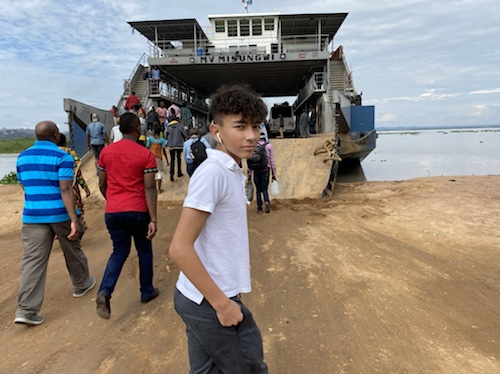 Jacob drew the attention of those we encountered and made new friends with some Maasai that were selling sandals. 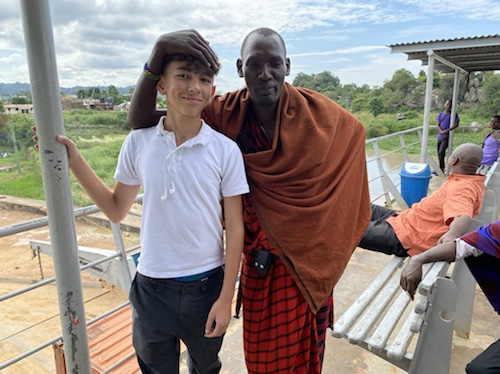 We then continued and arrived to make a stop and see an old friend Fr Makonge at St John the Apostle in Nyampande. We made sure to immediately greet him and give him gifts from friends in the USA 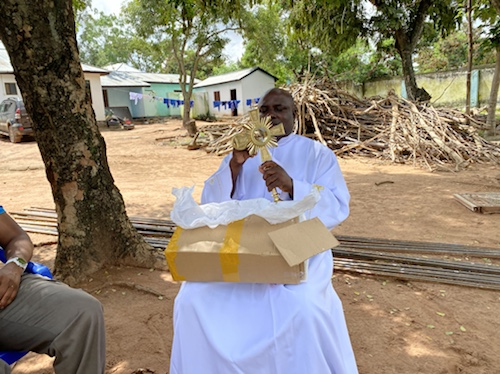 Being a school we were soon greeted by some of the students. 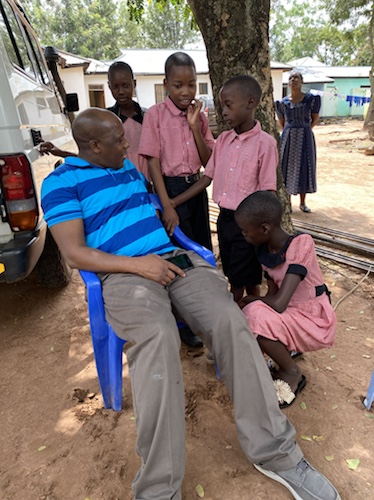 While waiting for lunch we were given the opportunity to tour the campus. Since our first visit, there have been so many changes. St Johns school barely had the first f grades filled when we first visited in 2016. In 2016, Fr. Revocatus Makonge had us tour these empty spaces with the plans to build the buildings you now see. They include an administration building, dormitories and classrooms. 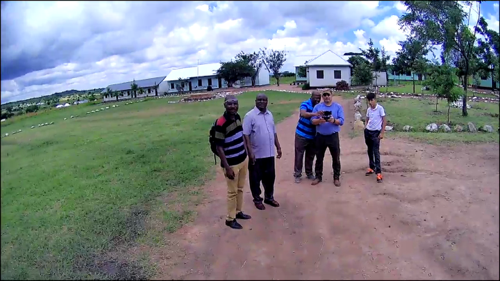 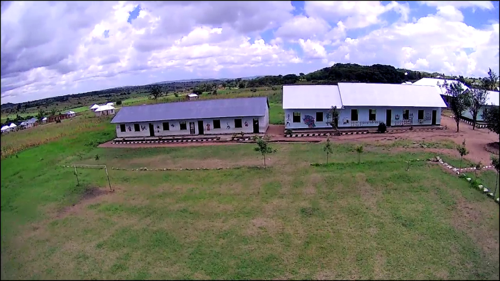 We then went down to taste the most amazing BBQ in Nyampande.

After some food, Jacob took an opportunity to share his soccer skills within our driver Willie.

At about 3:00 we then began our journey to the Diocese of Geita in Geita.